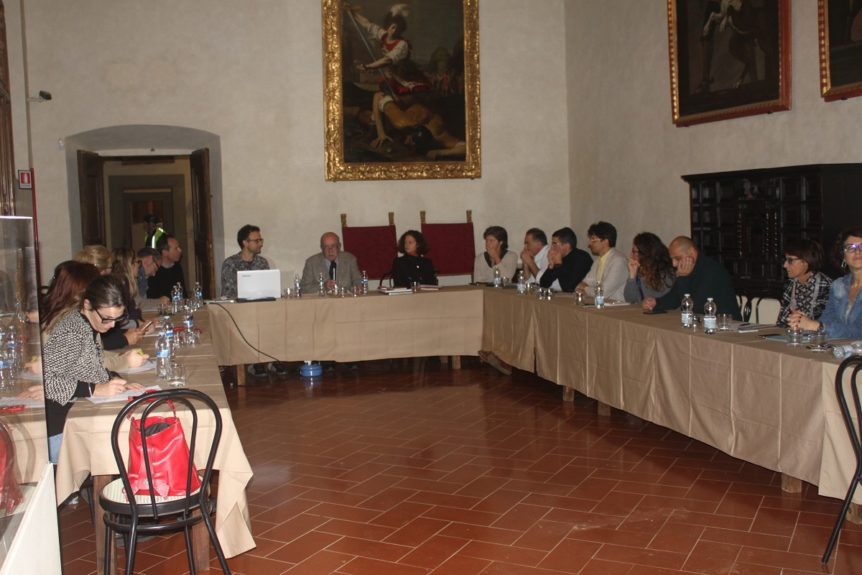 Cerreto Guidi inaugurated today the training course for public and private stakeholders organised by AEDEKA as part of a project promoted by MIBACT on the valorisation of the “Medici Villas and Gardens in Tuscany”, a site consisting of a series of 14 villas and gardens of the Medici family and awarded by UNESCO the status of “World Heritage Site” in 2013.

The meeting was opened by Valerio Bonfanti, the Coordinator of the activities of the Museum of Local Memory, of the Library and of the Historical Archive of Cerreto Guidi. Among the speakers we cite Francesca Chiocci of Fondazione Sistema Toscana, who presented the initiatives promoted by the Tuscany region for the promotion and valorisation of the UNESCO site, and Professor Chiara Balbarini, who illustrated the characteristics and peculiarities of the 14 Medicean villas and gardens.

Special guest was Professor Luigi Zangheri, one of the main contributors to the nomination of the “Medici Villas and Gardens in Tuscany” site as UNESCO Human Heritage site.

At the end of the day, the participants were guided to discover the Villa Medicea of ​​Cerreto Guidi, one of the villas that are part of the system.