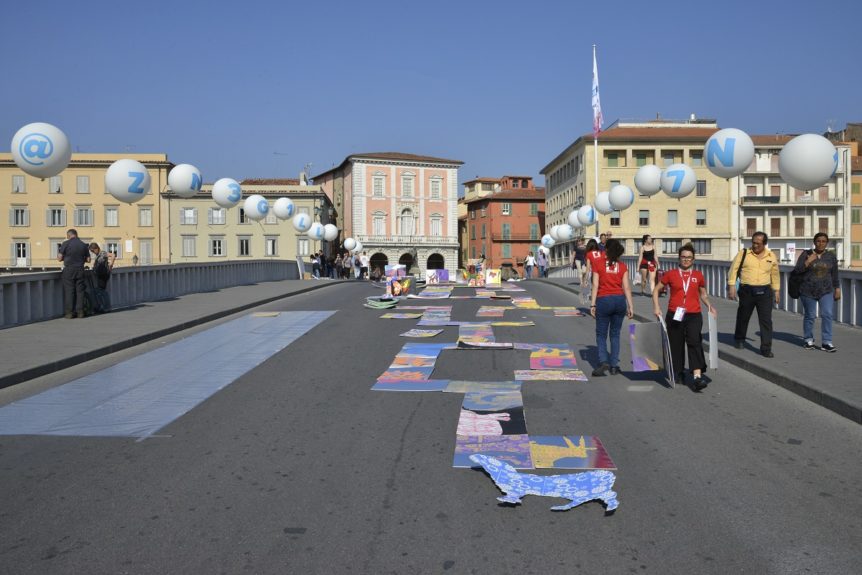 The eigth edition of Internet Festival, which was dedicated this year to the exploration of the multiple declinations of human and non-human intelligence, is now over.

In addition to the 250 events spread throughout the city, the festival has traveled online with over 15,400 devices connected to the dedicated network, with 350 wifi access points. About one terabyte of data have been downloaded together with 16,700 web pages, of which more than half on social networks, about a quarter in streaming and the remaining in chat and other means.

IF2018, whose creation and realisation has been carried out with the substantial contribution of AEDEKA, saw the participation of dozens of Italian and foreign guests, including the writer Marco Malvaldi, the former vice-president of the CSM Giovanni Legnini, the sociologist Chiara Saraceno, the hunter of fake news David Puente, the director of the research center Enrico Piaggio Arti Ahluwalia, the director of the Psychometrics Center at the University of Cambridge Vesselin Popov, the blogger Hossein Derakshan, the YouTube star Elisa Maino, the journalist Oobah Butler, creator of ‘The Shed at Dulwich’, a non-existent restaurant that managed to rise in ranking in the most popular online platforms.

Among the results that is worth to be highlighted, the inauguration of the first Regional Center in Italy on Cybersecurity, promoted by the Tuscany Region and constituted by the Universities of Florence, Pisa and Siena with Imt of Lucca and IIT-CNR, and the official presentation of the first National Observatory on Cybersecurity promoted by IIT -CNR and Registro .it with the launch of a new informative video about security in the digital era.

Great success also for the cultural programme, particularly with the presentation of the book “The Game” by Alessandro Baricco and with the concerts of the historic German electronic band Tangerine Dream and of Paolo Angeli and his project 22:22 on Radiohead.

Last but not least, boom of participants for the T-Tour, the area of IF dedicated to schools and young people, and for “Intelligenze in gioco!”, the new interactive play area for children from 0 to 6 years old, designed and created by AEDEKA for the first time in the history of IF.

This website uses cookies to improve your experience while you navigate through the website. Out of these, the cookies that are categorized as necessary are stored on your browser as they are essential for the working of basic functionalities of the website. We also use third-party cookies that help us analyze and understand how you use this website. These cookies will be stored in your browser only with your consent. You also have the option to opt-out of these cookies. But opting out of some of these cookies may affect your browsing experience.
Necessary Always Enabled

Any cookies that may not be particularly necessary for the website to function and is used specifically to collect user personal data via analytics, ads, other embedded contents are termed as non-necessary cookies. It is mandatory to procure user consent prior to running these cookies on your website.